Discovered TKTL1, the gene which made early detection by PanTum Detect possible in the first place. 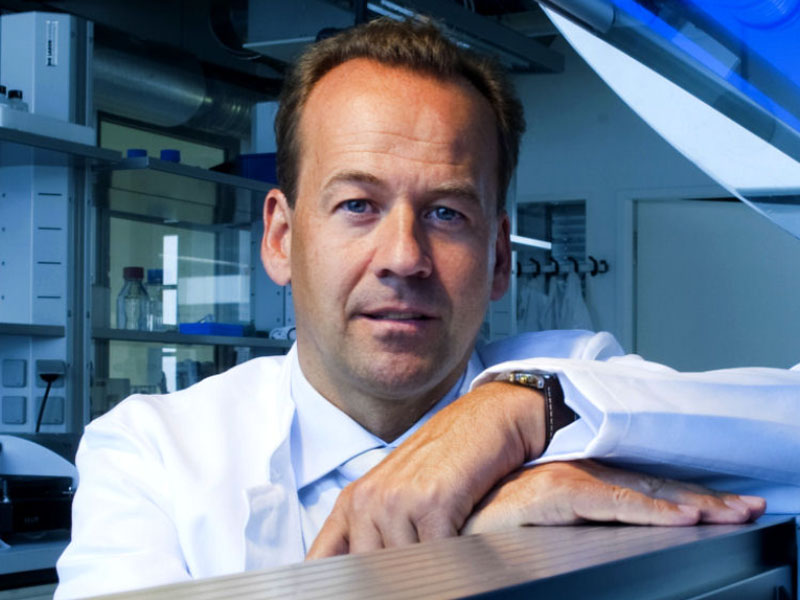 Dr Johannes Coy is the world-renowned cancer research scientist behind the discovery of the Transketolase-like 1 (TKTL1) gene, a biomarker for aggressive cancer, and the DNaseX gene, the Apo10 biomarker for early cancer detection. Dr Coy’s research underpins PanTum Detect, the first blood test that can detect any cancer at any stage.

In this Q+A with health writer Louise Shanahan, Dr Coy shares the path that led him to this discovery and explains how new connections between medicine and nutrition could transform cancer diagnostics and treatment.

What attracted you to the world of cancer research?

I was driven by my wish to understand life on Earth. Even as a child, I was curious about how seeds turned into plants and how humans evolved from apes. That led me to study biology at Eberhard Karls University in Tübingen, Germany, in the late 1980s. But I wanted to move away from focusing on biology as a descriptive science to one that could be transformative. Molecular Genetics was emerging as way to do that.
I moved to the German Cancer Research Center in Heidelberg in 1990, where I worked on mapping a tumour suppressor gene in neuroblastoma. During my PhD and postdoctoral studies in genome analysis,
I discovered the novel TKTL1 and DNaseX genes, which together can detect every type of cancer through a simple blood test.

For those of us who are less familiar with genome analysis, can you explain how TKTL1 and DNaseX help to identify early-stage cancer?

By chance, I discovered that DNaseX
(particularly Apo10, one of its protein epitopes) is a marker of inhibited apoptosis, which is the basis for growing tumour cells. It’s the first step towards cancer, present in all tumour types. While DNaseX/Apo10 tells us there’s a tumour, TKTL1 tells us it’s aggressive, metastasising and resistant to radio- and chemotherapy. TKTL1 is the enzymatic basis of the so-called Warburg effect, which describes the fermentation of glucose to lactic acid, even in the presence of oxygen. The more sugar the cancer cell gets,
the more aggressively the cell metabolises. This leads to invasive growth, metastasis and therapy resistance. TKTL1 is a marker of this effect.

„If you wanted to know if there had been a party at a hotel, you wouldn’t knock on the door of every room“

You’re now partnering with Zyagnum AG to apply this technology in a simple blood test. How does the PanTum Detect test work in practice?

If you wanted to know if there had been a party at a hotel, you wouldn’t knock on the door of every room – you’d ask the cleaner if they’d removed lots of empty bottles! You might not know which room had the party, but you’d know it was somewhere in the hotel. PanTum Detect works a bit like this. By looking in the macrophages, which are the natural waste cleaners of unwanted or damaged cell in the body, we can check for high levels of DNaseX/Apo10 and TKTL1. This indicates the presence of cancer in the body (the hotel), but not the location of the tumour (the hotel room). Further investigation can then pinpoint the precise location.
It’s a simple blood test. If the result is positive, the patient can have further tests to locate the cancer. Then the cancer can be treated before it grows or spreads.

„“We know that in people who feel healthy, around 2-3% have cancer without realising. The earlier
it’s found, the better the prognosis. That’s what this test allows.”“

What has the response been from the scientific community?

When I discovered TKTL1, transketolase experts considered it an inactive enzyme because of the absence of amino acids. It was very unusual for a single PhD student to identify a novel gene and dispute the established view. So, for 25 years, my challenge was to convince the scientific community that this transketolase-like gene encodes a transketolase enzyme, and that this enzyme holds the key to understanding cancer metabolism. It sounded too good to be true.

Oncology is a conservative field. It was unsettling to have someone challenge the way things
were understood for over a hundred years. But I just kept following the science. The discovery of the role of TKTL1 in sugar metabolism was consistent with the findings of Nobel laureates Otto Heinrich Warburg and Albert Szent-Györgyi, around the causal connection between an oxygen-independent sugar metabolism and cancer. And recently, we’ve seen tremendous research from Germany, China, US and the UK that all helps to fill in other parts of the story about cell metabolism.

Ultimately, having a single test for all cancers is the dream, and the medical community is starting to see that it’s really possible. The test is being used in many countries now.

As part of a study led by the University Medical Center Hamburg-Eppendorf (UKE) in Hamburg, the PanTum Detect screening program is currently being tested with a large number of screening candidates before it will then be rolled out across Germany. The PanTum Detect test is already available at several locations in Germany.

This isn’t the only cancer blood test to emerge in recent years. What makes PanTum Detect different to these other technologies?

Other cancer blood tests look for different markers for different cancers. Tracking DNaseX/Apo10 and TKTL1 is far more efficient and cost-effective because it’s a single test for every cancer.
In addition, PanTum Detect measures the two markers within the macrophages. It’s like an immunological biopsy: the macrophages only remove unwanted cells, so if we find markers, we know they’re not coming from healthy cells. Other tests don’t have this contextual information. They don’t know if the markers they find are from tumour cells or healthy cells.

Does the discovery of TKTL1 have applications besides cancer diagnosis?

Yes. The technology can also help to diagnose neurodegenerative diseases. We have prototypes for the early detection of Alzheimer’s disease. It works in the same way as with cancer cells: Alzheimer’s leads to a death of brain cells, which have to be removed by macrophages. A blood test can be used to examine macrophages for brain proteins, which would be indicative of Alzheimer’s.
We can also think about cancer prevention and treatment as well as diagnosis. Cancer cells need certain sugars to survive, but cannot use galactose and tagatose. These less well-known sugars can play an important role in an anti-cancer and health promoting diet. They also have other health benefits, such as stabilising blood glucose, protecting teeth and managing weight. It’s a completely new way to think about sugar. There are several foods available now that exploit the functional properties of these intelligent natural sugars.

More informations about Zyagnum AG you will find here: https://www.zyagnum.com/

To find out more about Dr Coy’s latest research, go to: https://www.dr-coy.info/en/discoveries-tktl1/

Louise Shanahan is a freelance health copywriter at The Copy Prescription.